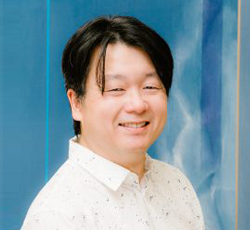 Michael’s favorite hoodie is from Icebreaker, and his favorite legal project is writing great legal arguments. He has written more submissions and factums in his career than Pantone has colors. Michael`s work is known for its clarity, concision and depth. He is a lawyer for other lawyers and has written for all manner of trials and appeals.

Michael works in many areas, including aboriginal law. He wrote the argument that invalidated the government’s approval of the Enbridge Northern Gateway Pipeline project in Gitxaala Nation v. The Queen, 2016 FCA 187. More recently, he has written intervenor factums on such matters as aboriginal sacred lands (for a Supreme Court Canada appeal of Ktunaxa Nation v. BC, 2015 BCCA 352), and the constitutional role of Indigenous governments (for the Supreme Court of Canada reference re: the Environmental Management Act).

He has also written winning arguments in cases involving professionals, such as Newman v. Halstead, 2006 BCSC 65 (which addressed an Internet-based campaign of defamation against teaching professionals); Stuart v. British Columbia College of Teachers, 2005 BCSC 645 (which confirmed the need for mental culpability in cases of professional misconduct in BC); British Columbia College of Teachers v. Mitchell, 2005 BCCA 76 (concerning the reasonableness of regulatory decisions on penalty and name publication); and more recently, Scott v. College of Massage Therapists, 2016 BCCA 180 (about interim measures during complaint investigations under the Health Professions Act) and College of Midwives of British Columbia v. MaryMoon, 2020 BCCA 224 (the constitutionality of reserved titles under the Health Professions Act).

Michael believes that good writing is simple, precise, and thoughtful.