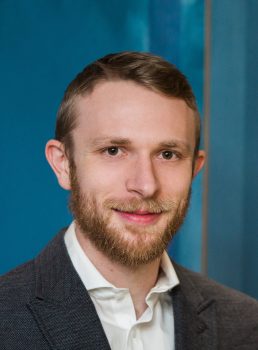 Ruben believes in the law as an instrument of positive social change.  He articled at The Law Centre and the Environmental Law Centre (ELC) at the University of Victoria.  While at The Law Centre, Ruben appeared regularly in provincial court on criminal and small claims matters.  He also represented clients before the Residential Tenancy Branch and the Social Security Tribunal of Canada.

Ruben’s work at the ELC started in law school, when he contributed to a massive project on mining law reform.  While articling at the ELC, Ruben co-authored a report for the BC First Nations Energy and Mining Council, advocating for dedicated funding for an Indigenous Guardian network in BC.

Before law school, Ruben studied philosophy at the University of British Columbia.  He is currently on the board of the non-profit Action Committee of People with Disabilities.  When he’s not working, Ruben likes to eat popcorn while watching esoteric movies.