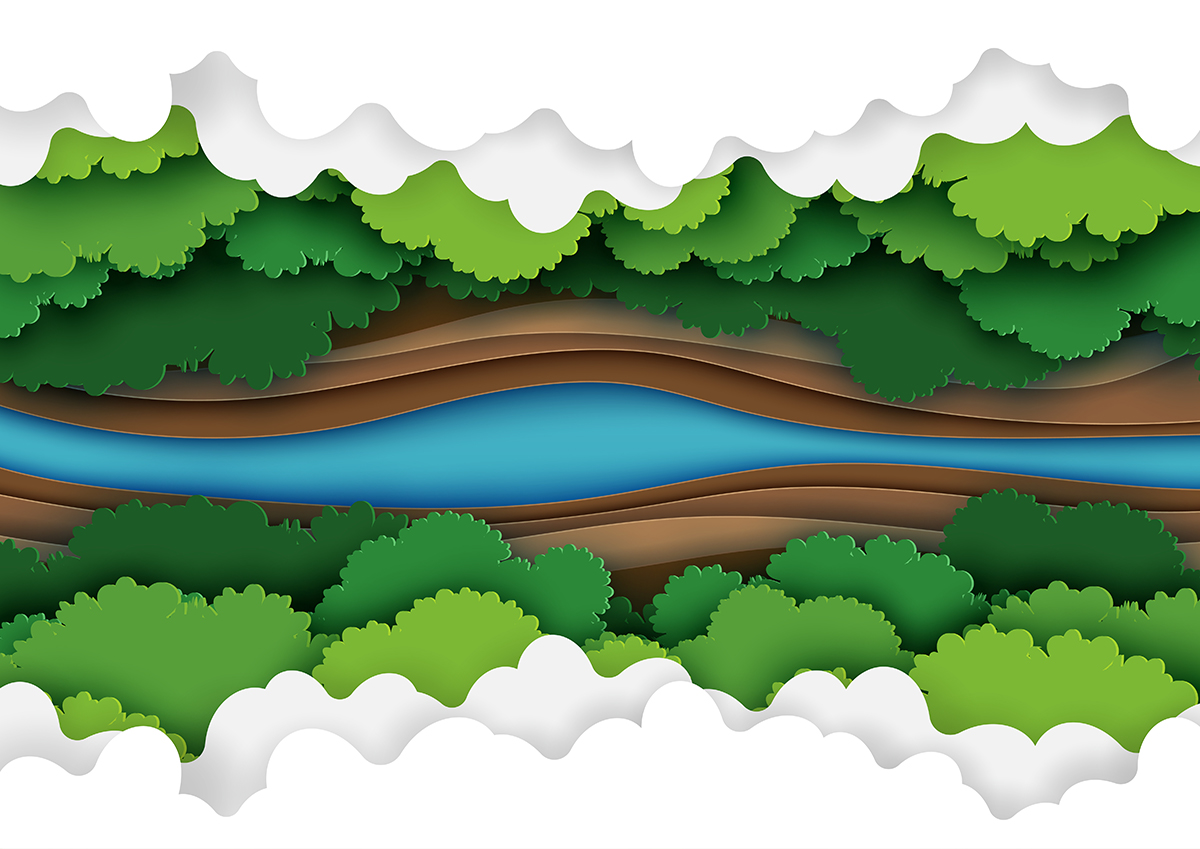 Professional regulatory law in the year 2021 was largely consumed with COVID-related cases. During this year, regulatory bodies commenced disciplinary hearings against registrants who were making misleading statements to the public, and to patients, regarding public health measures, and in particular, masking and vaccines. This year also saw attempted judicial reviews from registrants seeking to assert Charter freedoms, in an effort to halt investigations and disciplinary hearings. As set out in our blog below, most of these proceedings have been unsuccessful, due to prematurity (and the matters have been redirected to discipline committees).

Cases we have been watching include the appeal in Abrametz v. Law Society of Saskatchewan, 2020 SKCA 81(which we blogged about here). Abrametz has now been heard by the Supreme Court of Canada (click here for the SCC factums), and we are awaiting the court’s decision.

We also include in our round-up the Dawson case. The decision came down in January 2022, but we’ve included it in this round-up because of the extraordinary nature of the decision by the court which functionally eliminates the HPRB’s right to deference, with respect to the reasonableness of Inquiry Committee dispositions.

Our regulatory round-up this year is somewhat unusual because it focuses on only three topics, but for honourable mention, here are a few more cases we thought would be useful for your regulatory toolboxes:

With that, here are the three main topics of our 2021 regulatory round-up.

2021 saw disputes between governments, which have been implementing COVID-related measures such as mask and vaccine mandates (which health colleges have in turn had to enforce against registrants), and vocal groups of individuals — including health professionals — asserting both opposing narratives and freedom from such measures.

For example, on October 2021, BC’s Provincial Health Officer ordered that regulated health professionals employed, contracted or funded to provide health care services by provincially funded organizations (including health authorities and provincial mental health facilities) be vaccinated against COVID-19. In the following month, at least one health college confirmed that an order of the PHO was imminent that would require that ALL regulated health professionals (and the staff in their offices or businesses) be fully vaccinated against COVID-19.

In response to one or both developments, attendees at the December AGM of the College of Chiropractors of BC — 173 of 261 AGM attendees, out of a total of about 1,300 registrants — passed a resolution, albeit one that was not binding on the College, to “take a stand to protect and maintain the right to medical freedom of choice for all health/medical interventions for BC registrant chiropractic doctors… and BC chiropractic patients….”

Yet despite vocal opposition by some health care professionals to masking and vaccination mandates, and indeed to the very concept that COVID-19 represents a significant health threat, regulatory authorities have been making clear that individual rights do not limit the professional obligations of registrants to ensure that their statements on social media have some basis in science, and that they follow (or at least not undermine) precautions in the public interest.

Actions by regulatory authorities: In 2021, a number of regulators across Canada took action against registrants who have apparently been disseminating (allegedly) misleading COVID-related (e.g., anti-mask and anti-vaccine) statements on social media. The College of Physicians and Surgeons of Ontario (CPSO), in particular, took a number of measures against “anti-vax” registrants in the form of cautions, interims suspensions, and even referrals to discipline. (We have gathered these examples from publicly-available resources; please refer to the linked judgments, notices, or articles for additional details!)

These are merely some examples. Other health colleges throughout Canada (including colleges superintending their professions of medicine, nursing, and chiropractic) have also addressed similar acts by registrants.

Charter challenges: Some constitutional (or quasi-constitutional) issues relating to vaccine mandates have, however, been preliminarily addressed outside of the professional regulatory context.

For example, with respect to Charter issues, a plaintiff challenged a federal vaccination requirement for supplier personnel. The plaintiff alleged a breach of his section 7 Charter right to life, liberty, and security of the person, and also that the policy was unsupported by evidence, arbitrary, overbroad, and had disproportionate effects. The Federal Court declined, however, to stay the vaccination requirement pending a hearing, as the plaintiff failed to show any serious issue of a Charter violation; that loss of a job did not constitute irreparable harm; and that the public interest outweighed the identified harms to the plaintiff: Lavergne-Poitras v. Canada (Attorney General), 2021 FC 1232.

Human rights challenges: Various complainants have also sought to challenge the legality of COVID-related measures, such as mandatory masking and vaccine passports, through the human rights regime. However, such challenges have been unsuccessful to date:

Given regulatory authorities starting this year to investigate the conduct of registrants acting in a professional capacity to oppose mandated COVID measures, the coming year will likely see disciplinary outcomes and resulting appeal or review proceedings.

Accordingly, as part of interpreting any statute that may impact Indigenous peoples (or the extent of the powers that a statute confers), courts and tribunals must also interpret UNDRIP, to determine if it requires one interpretation over another. UNDRIP notably addresses a broad range of social issues, including various aspects of health care. For example, it provides for

Respect for the rights of Indigenous peoples, and their distrust of colonial processes, may also require that colleges adapt their discipline processes. Such need was illustrated in the 2021 Law Society discipline case of Bronstein (Re), 2021 LSBC 19.

In the Bronstein matter, from 2009 until February 2015, Mr. Bronstein acted for approximately 624 victims of the “Sixties Scoop”, during which approximately 20,000 children were taken from their Indigenous families, placed in foster homes, and adopted by white families. Mr. Bronstein’s clients made claims under the Independent Assessment Process. WIth respect to misconduct in how he represented his clients, a majority of the discipline hearing panel accepted a joint submission of the parties. However, the joint submission and sanctions (which included a one-month suspension) were necessitated by the fact that the Law Society would have difficulty proving allegations, due to Indigenous clients refusing to participate in the discipline process.

The majority of the hearing panel relied on the Truth and Reconciliation Commission Final Report to assist in defining one aspect of cultural competency in lawyering: “Cultural competence in lawyering requires an understanding” of the reality of the ways that “the Canadian legal system is implicated in residential schools policy and the egregious harms that arose as a result” and Indigenous peoples’ resultant views of “the law as a tool of government oppression” and their “deep and abiding mistrust in Canada’s legal system.” They also recognized that our adversarial system can be “an extraordinarily difficult experience[,]” meaning that some victims, such as sexual assault victims, are deterred from testifying.

In a strong dissent, one panelist (who was also Indigenous) rejected the joint submission, finding that the proposed sanction was inadequate. While she accepted that it was likely that the affected community did not wish to participate in the Law Society’s hearing process, her view was that this is indicative of an unacceptable barrier to the participation of vulnerable witnesses in the Law Society’s regulatory scheme. She made numerous recommendations, including the creation of a review panel to examine the way the Law Society and its tribunal addresses regulatory matters involving Indigenous persons, complaints, and issues. Her recommendations included that staff, investigators, counsel, and tribunal members be culturally sensitive, culturally competent, and trauma-informed, and have a requisite level of knowledge and expertise in Indigenous culture, history, and law, and the history of Residential School abuses and their impact on Indigenous communities and individuals. She also recommended alternatives to the Law Society’s standard adversarial investigative and hearing process, including the following:

The Bronstein case is an important launch-pad for regulators to explore and develop discipline hearing process that will be culturally appropriate for Indigenous complainants and witnesses. Later in 2021, the Law Society established a task force to review disciplinary processes, particularly with respect to the unique needs of Indigenous people. Under its terms of reference, the Task Force will provide a report that includes the following:

We recently addressed the Dawson case (here, at least until we transition to our new website). In brief, the court held as follows:

(a) The Review Board has no authority to deal with process errors that do not impact the adequacy of investigation or the reasonableness of the disposition. Such errors must be addressed by a court on judicial review.

In coming to these conclusions, the Court of Appeal decided it had to overturn a case called Ridsdale v. Anderson, 2016 BCSC 942 (”Ridsdale”), where the court held that dispositions by an inquiry committee are not subject to judicial review. This overturning would also extend to the decision in Maroofi v. College of Physicians and Surgeons of BC, 2017 BCSC 1558 (”Maroofi”).

However, this conclusion requires a closer look.

Ridsdale actually involved two rulings. The second ruling in Ridsdale was that, where an inquiry committee disposes of a complaint in a way that does not impact the registrant’s legal rights (such as when it issues a letter of criticism), a court may decline to hear an application for judicial review by the registrant, where the decision will be meaningless because the registrant’s rights will be unchanged no matter what the court decides. The Maroofi case involved the same set of rulings. The overturning of Ridsdale (and Maroofi) would therefore not seem to alter the discretionary power of courts to refuse to address applications for review (despite their authority to review, should they choose) on the basis that the case is one where, whatever the court decides, the court will not be altering legal rights, duties, or liabilities.

The Review Board has until mid-March 2022 to seek leave to appeal to the Supreme Court of Canada.